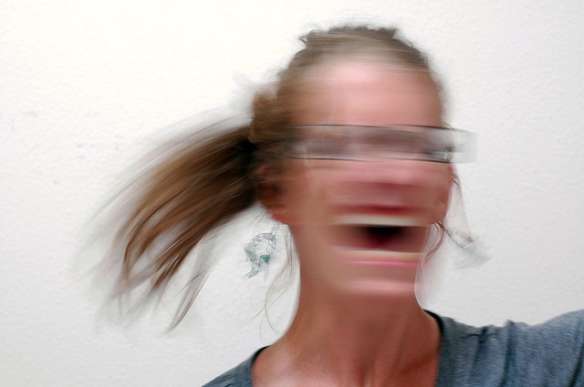 We were in a hurry… OK, I was in a hurry because I slept late and was not feeling it this morning. I dragged out of bed and didn’t feel like dealing with the kids yet, so I took a shower – a long one. When I peeked at the clock from underneath my towel as I dried my hair, I noticed I had fallen even further behind. Half-dressed, I stormed into to kid #1’s room, flipped on the light and said, “get up, get up–WE are late and you need to hurry!” As she rubbed her eyes not knowing what happened, I threw open the door to kid #2’s room, turned on the light and shouted orders like a scene from some Navy Seals training documentary. Fifteen minutes later of getting my stuff together and 45 seconds of microwaving something that even Aunt Jemima would not recognize as a waffle, I checked on the kids again. END_OF_DOCUMENT_TOKEN_TO_BE_REPLACED